Hitman Blood Money has, as far as I’m aware, been generally seen as the pinacle of the Hitman series. Most people felt it was a massive improvement on what came before, and I’ve not heard from anyone thinking Absolution bettered it. Now, there’s a new Hitman game and, essentially, Tom Francis (whose opinion I respect an enormous amount, hence it being the one to set me off) doesn’t prefer it to Blood Money. This is about why... Read more

Thief is a simultaneous-action card game where you're trying to outsmart your opponents at every turn.

You're all master jewel thieves competing to steal a priceless diamond — or at the very least make it out alive! With an opponent carrying the diamond and looking to escape, you might decide to shoot at the exit, only for him to guess you'd do that and instead double back and stab you before escaping in a more leisurely fashion.

Yesterday, I was made aware of Tom Francis’s advice on explaining your game to new people, titled How To Explain Your Game To An Asshole (it’s ok — he assures us he’s qualified to write such a piece, on account of being an asshole himself). The article is an annotated transcript of his talk at GDC the other year, and it’s brilliant. Witty and relatable, and extremely practical.

So it inspired me to take a look... Read more

Happy as I was with my initial effort at creating a visualisation of @WOWPlaylists data, there were a couple of issues that I wanted to get working on pretty quickly:

Choosing which fields to include in the tooltip, and then displaying their values in a nice human-readable form, was nice and straightforward, and made a huge... Read more

Recently at work I started organising the return of a tradition called Welcome Playlists, where new staff get to create a playlist for the office to listen to on a Friday afternoon shortly after they start; for those weeks where there isn’t anybody new starting, it’s names out of a hat time to see who gets to have a go.

And then, inspired by Andy’s blog posts about visualising Last.fm data, I decided to

I read some comments on the internet this morning (I know, my mistake) about how this 3rd Test of The Ashes is a damp squib and has, by extension, ruined the series. I had to vent.

What on earth is wrong with all these whingers who “don’t want to retain The Ashes like this”!? It is in no way a retention “by default” just because it’s clinched by a draw: this is just one match, and we are already 2-0 up in the series. And you can’t blame the weather entirely even for this one match: it wasn’t the hugest amount of time lost, and it was well forecast. Test cricket is a time-limited, outdoor sport: the weather is part of it.

And as for it feeling like a cheap retention- drawn series aren’t as satisfying as ones which are won, but we still have two matches to go! So what they want is a series of exciting matches that comes down to the final match… well just stop being so greedy! It’s sport not a play. 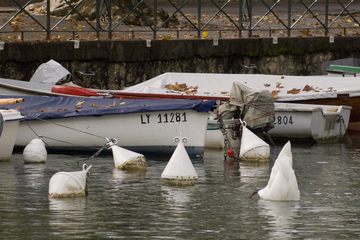 Watching each game of the Six Nations this year, I keep getting drawn back to one particular feature: the scrum; more precisely, the refereeing of the scrum.

A ridiculous part of the laws for 6 years has finally been fixed, and the game is so much better for it.

I don’t know how much technical stuff is going to make it onto this blog and I certainly don’t intend to go into every detail of how the blog itself was constructed, but today at work I was talking to Ben about pretty urls in Jekyll.

It was Ben’s website that inspired me to build this, and from which I got a few specific ideas, but he hadn’t come across Jekyll’s... Read more